Photo by Elizabeth Glaze, taken in Central Park in the 1970’s. The background is “South Hill Farm”, by Elizabeth  Glaze. 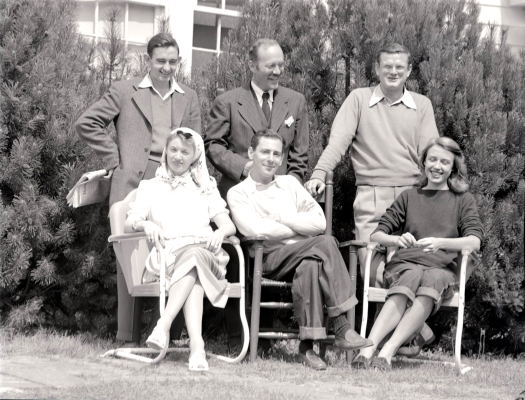 Bud Burdick and Essie Carlson remained friends of my father until they died, both at relatively young ages (Bud at the age of 47).  I remember visiting Essie at her DIY built home in New Jersey in the ’60’s. She went on to write science fiction, and Bud went on to co-author The Ugly American and Failsafe. 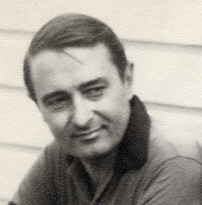 Photo above and below by Peggy Avedon, taken in Nissua Minnesota, summer of 1961. Our mother was doing summer stock and our father came to visit. At the time I was told that Peggy was a cousin of Richard Avedon.
L to R, Andrew Glaze, Elizabeth Glaze, Peter Glaze, and Dorothy Elliott (Glaze) Shari.

“Interview with a Parakeet”. Taken during early 1950’s in Birmingham, Alabama, by a staff photographer from the Birmingham Post Herald.

“Bored With It All.  Here interviewer Andrew Glaze has a hard time getting a word out of Hollywood Star Silvertail Max 1V.  Doggy, Silvertail, star of 80 movies, rests in the jeep which he and master Colin Cole use to travel about the country in quest of peace, quiet, and anonymity. But there seems to be no getting away from it all.”
Taken during early 1950’s in Birmingham, Alabama, by a staff photographer from the Birmingham Post Herald. 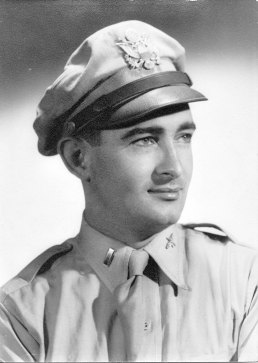 As a WW2 Communications Officer with the Air Force, Glaze was stationed on Anglesey Island off the coast of North West Wales. Life was pretty boring there, and he yearned to be closer to the action, but eventually he realized it was the smartest thing his father ever did for him.  He didn’t know it until later, but as soon as his father learned he’d signed up, he called a local doctor friend who was involved with assigning recruits overseas and asked him to put his son in a safe location.  He did mention seeing a rocket fly overhead once, close enough that he got a good look at it, but that was about the extent of it.

In 2015, Andrew Glaze was inducted into the Inaugural class of the Alabama Writer’s Hall of Fame, along with 11 other Alabama born writers. Here he is shaking hands with Rick Bragg (award winning NY Times journalist and writer), Poet Sonia Sanchez is having her photograph taken behind them, other inductees included Helen Keller and Harper Lee — the author of To Kill A Mockingbird. His wife, Adriana Glaze, is in black, and I am standing behind the wheel chair. He was capable of standing, but needed a walker for balance. Walking to the podium and back again to receive the award would have taken forever, so we decided to use a wheelchair.