Sometime, along the way,

though love poems may flap and squawk, then escape,

along in years, with luck,

the ghost of one, somehow may come skittering back.

Liquid as mist, its phantom will rise,

the stinks you’ve remembered as bitter

will ache to come spilling out

and the hosts of oblivion once more will speak.

Old songs will mutter themselves into life

remembering dreams, and when that time awakens,

you’ll come to swear to yourself

that something has shifted weight

at the earth’s center.

While the harmony lasts

what you dream you will seem to touch,

what evanesces will seem to endure forever

Though it takes life for only a moment or so,

as it awakes from its wraithy home

you’ll once more shudder and sing,

and out of its  ghostly enchanted world,

remember the miracle of speech.
Copyright Andrew Glaze 2015, from Overheard In A Drugstore

This was originally included in a 1973 love poem anthology titled Loves, Etc. from Doubleday Press.  Surprisingly, it didn’t appear in any of my father’s own books until 2015.  The earlier anthology of love poems was compiled by my father’s friend Marguerite Harris.  “Maggie” was the only poet/Ad photography model I’ve ever met.  Her photo career began when she accompanied her daughter to a modeling agency, only to be told that the agency wanted to sign her instead. Far from a glamorous fashion type, they viewed her as the perfect motherly, grandmotherly type. When I was 17, my father pointed to a subway poster of a white haired lady sitting in a rowboat with a parasol. “That’s Maggie” he said. Even at my age I could appreciate the photographic evidence that adventures and opportunities did not end after a persons hair turned white.

As for the poem, there are probably many possible interpretations for it.  I feel it’s about the ability of the human heart and mind to recover from disappointments, appreciate the good times by re-framing the memories, and find love again.

This was certainly true of my father and the three romantic loves of his life.
The first was Linda Allardt, to whom he was briefly engaged when they met at the 1948 Bread Loaf Writer’s Conference. She was very young, and their long distance engagement was short, but he never forgot her.  They got back in touch twenty years later, when they both had poems appear in the same journal.  She also arranged for him to do a reading of  his poems at the University of Rochester, where she taught.  At some point, Linda discovered her neighbor had a good friend in Birmingham. The friend turned out to be my aunt.  Through it all, my father and Linda maintained a supportive long distance poetry exchange. Eventually, he dedicated a book to her, and she dedicated a book or two to him; the most recent being a 2016 collection titled Under Construction. That love was one of a shared interest in poetry and memories of youth.

Next was my mother, Dorothy, who was ten years younger and broke his heart when she asked for a divorce after eleven years together. Forced to continue the relationship for the sake of myself and my brother, he managed to look kindly upon her, and shift gears into a love of shared children and mutual past experiences.

Lastly was my stepmom, “Cusi”, who spent 53 years of marriage with him, helped raise my brother and I, and loyally looked after him until the end of his life. Theirs was a loving relationship based on mutual interest in the arts, dance, books, murder mysteries, medical and legal TV dramas, theater, music, and periodic weeks of cabin camping in upstate New York. He dedicated two of his books to Cusi, and wrote one of his best poems for her. (You can read “You and I Make A Movie” in an earlier blog). 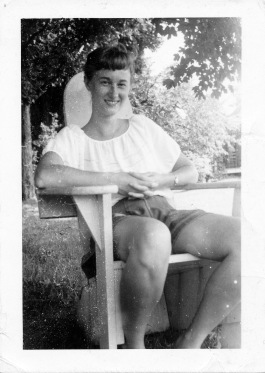 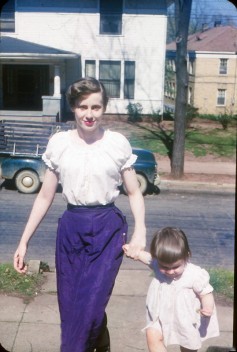 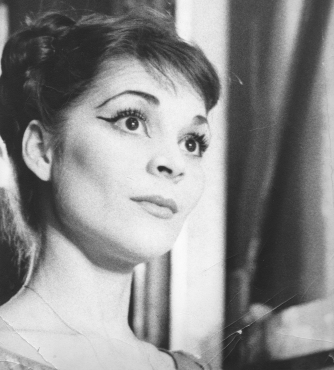 1961, Adriana Keathley Glaze in the wings during  a performance of “Camelot”, as a dancer in the original cast.

One Reply to “LOVE”